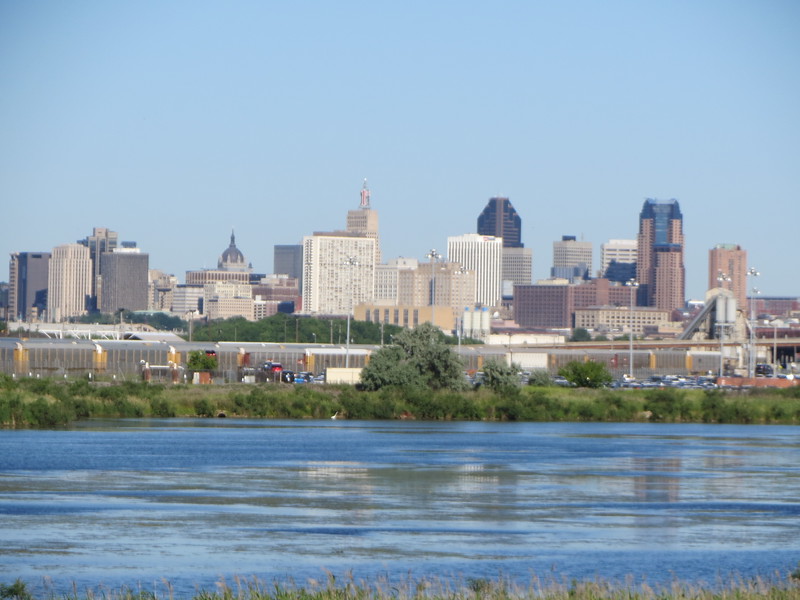 Worker killed by falling object at St. Paul park construction site
Charges detail ‘horrific’ scene in shooting north of Stillwater; second suspect arrested
2 killed when semitrailer explodes on I-94 in Wisconsin
St. Thomas Academy baseball is making history, and having a blast doing it
Man charged with stealing dog off deck in Hudson, Wis.
Felon tried to trick an elderly Roseville woman out of thousands with ‘home-improvement scam,’ charges say

A group of small islands will be built off the shore of St. Paul’s largest, and most unused, park at a cost of over $12 million next year.

The U.S. Army Corps of Engineers announced this week that it will build seven islands in the middle of Pig’s Eye Lake, in the city’s Battle Creek neighborhood.

Nestled among rail yards and barge terminals, U.S. 61 to the east and the well-hidden Pig’s Eye Regional Park to the north, the 500-acre lake in the backwaters of the Mississippi River already sports a heron rookery.

It’s species like those herons that the islands — slated to cost the Corps of Engineers $8.4 million, and Ramsey County another $4.2 million — are meant to help.

The county’s $4.2 million portion is covered by a grant through the Lessard-Sams Outdoor Heritage Council, which is funded by the state’s Clean Water Land and Legacy Amendment.

“Sedimentation, low transparency and nutrient loading have caused the water quality and habitat suitability in Pigs Eye Lake to be poor,” the corps said in a statement.

In layman’s terms, the lake’s in bad shape because of its eroding shoreline, carp tearing at its bottom, and added sentiment from Battle Creek, which empties into it.

The sheer length of open water allows for bigger waves, which erode the shore even more. And fertilizer brought in from Battle Creek actually adds too many plant nutrients to the water, allowing algae to flourish and cutting oxygen.

Building the islands, the corps says, will reduce “wind and wave action” and boost land vegetation, which will reduce soil erosion and create shelter for waterfowl.

“The fact that this was fully funded (by the state-based grant) really speaks to the importance of this project. It’s pretty rare for them to fully fund,” said corps’ project manager Nate Campbell.

When asked why the project was so important, Campbell said, “the amount of habitat that will be developed and improved on, and it’s near a large metro urban area. It’s a lot of high-quality habitat.”

The corps’ portion is funded through the federal Continuing Authorities Program, which provides up to $50 million nationally for aquatic-based projects relating to flood and shoreline protection and environmental restoration.

The corps will start work on the project in 2020; it is expected to take two years to complete.

The material to build the islands will mainly come from the corps’ dredging operations on the Mississippi upriver from Hastings.